A Vision for Kenya

The callings of God on our lives can seem impossible, but one girl’s story is a testament to God laying out his path before us.

Back in 2017, I was napping and had a vision. It was so vivid, I don’t know what else to call it. I saw myself in front of a board meeting, and I was talking to them about kids and fund raising.

I woke up and quickly said, “God, that’s not me. That’s my brother.”

My brother is good with kids, so I pushed the vision out of my mind. I actually forgot about it until almost a year later. 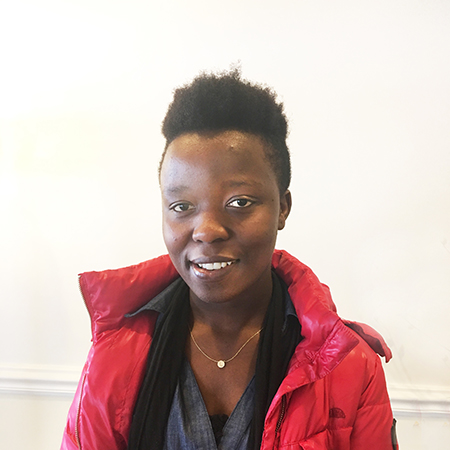 After high school, I was looking for a Bible college to go to. I wasn’t sure where I should go, and coming to study in the United States was like those fantasy dreams you have but not something you actually consider.

My mom called—she’s my guardian, actually, but she became my mother, praise God—and asked me, “Have you found a school?”

One was in Mombasa, and the other was in Nairobi.

She said, “Thing is, you’re looking for a school here, but God has a different plan for you. God has opened a door for you to go study in the States.”

I was incredulous. “What?”

However, she insisted that he was doing something. “I know you’ve been praying about the Bible school you want to go to, so keep praying about it because God is already working.”

When a Dream Comes True

Pastor Teresa came to my country for a conference, and that was the first time I heard about Summit International School of Ministry.

After the conference, she offered 5 World Challenge scholarships to Kenyan students who loved God and were known to have a hunger for him.

So that’s how I came to the States. When I think about everything that has happened to bring me here, I’m in shock at times. It’s a blessing, because if you guys did not give out the scholarship, I would not be here today.

It’s no longer a fantasy.

One day while I was praying in chapel, my vision popped into my head like a reminder. “God, I thought we said this was not me, it was my brother. We had this conversation.”

It was so real and seemed so impossible, though. That’s why I tried to run from it.

I don’t know how exactly God wants me to impact my society, the people he’s put in my heart.

All I know is that he keeps reminding me of this thing, even after a year.

Those who are less fortunate have been on my heart for a long time because I have been a beneficiary of the community.

I lost my mother at a very young age and didn’t know my dad, so I grew up in a children’s home. My community has partnered together to raise me. God touched different people to make me who I am.

I believe God called my mother home and never allowed me to know my father because he was building me into a person I might not have been if I’d had both of them.

If my father had found me and taken me after my mother died, maybe I would not have had a relationship with God because I would be looking up to a man instead of looking up to the One who is stronger than all men.

He has been reminding me, “Stop looking around you. Look up.”

Because of all this, God has put it in my heart to reach out to people who have lost their families and give opportunities to these people.

I don’t know how this will happen yet, but I’m trusting God will open another door.

This last semester, I was asked to be a leader for one of my ministry teams, and I was scared. I told Ms. Susy, one of the staff whom I’m close to, “I don’t know how to lead. What should I do?”

She asked me two questions. “Will you be able to lead by your own strength?”

“Will the devil be happy when you do this?”

“That’s your answer. God wants you to do this.”

Today I love every minute with my group because I learn more from them every day. Also, whenever I trying to tell if God is leading me to do something or to reach out to someone, I ask myself those two questions. Then I usually have my answer.