No Longer Slaves to Performance

We all fail, and we will continue to fail. But many in the Body of Christ think of themselves as total failures in everything. They feel they can’t do or say anything right and they condemn themselves repeatedly.

These burdened believers go to church hoping to hear something they can latch on to that might heal them of ongoing failure. But we don’t have to “get fixed” in order to earn his blessing. He has already blessed us! Jesus says, “You toil and spin in a way that flowers never do — yet God graces even plants with beauty and life. Don’t you know you’re infinitely more valuable in the Father’s eyes? You don’t have to worry and strive to please him. He enables you to be exactly who he wants you to be — because he loves you” (see Matthew 6:28-30).

Paul saw the Galatian Christians laboring under this kind of burden. He wrote to show them how God’s way is with his children: “God sent His Son … to buy freedom for us who were slaves to the law, so that he could adopt us as his very own children. And because we are his children, God sent the Spirit of his Son into our hearts, prompting us to call out, ‘Abba, Father.’ Now you are no longer a slave but God’s own child. And since you are his child, God has made you his heir” (Galatians 4:4-7).

We are not slaves to any system of performance. Instead, Paul says, God has drawn us to himself tenderly, as his “own child.” Plus, Paul uses a word for “adopt” here that has two meanings. One meaning is strictly legal. But the other means “to put into place, to cause to belong.” Our heavenly Father doesn’t just legally adopt us, showing acceptance and approval. He gives us his attention, his affection, even his authority. And he blesses us with his own nature: “You have been born again, not of perishable seed but of imperishable, through the living and abiding word of God” (1 Peter 1:23).

When Jesus went to the cross, it was a demonstration of his great love for us. He stood in our place because we’re so valuable to him. God wants to show you how powerfully you belong in his family. He has made you an heir not to an earthly burden, but to a great heavenly inheritance!

The Lord Longs to Move in Your Life

Jesus was performing amazing miracles! He cast out a legion of demons from a demoniac; a woman was instantly healed of a hemorrhage that had plagued her for years; a twelve-year-old girl, the daughter of a Jewish ruler, was raised from the dead. Whenever Jesus performed such mighty works, he told those he delivered, “Your faith has made you well” (Mark 5:34; 10:52; Luke 7:50; 8:48; 17:19; and 18:42).

Jesus had lived for the first thirty years of his life in Nazareth and he went back to be among his own people. But in his hometown, he was met with the worst kind of unbelief. They all knew of Jesus’ great works, yet to them, such things happened elsewhere —in other cities, other places, other communities — not in Nazareth.

Elsewhere, people were rejoicing because of Jesus’ wonder-working power and there was great excitement. But the people of Nazareth could not receive for themselves. Why? Because they were spiritually dead. True, they were sincerely religious, and they knew Jesus and his family as good people. But they would not acknowledge Christ as God in flesh.

Beloved, this is the tragedy of many Christians today, as well as many churches. They hear of great moves of God elsewhere, with many mighty works being done and multitudes experiencing deliverance. But no one asks, “Why not here? Why not now?”

An entire generation of evangelicals has grown up acknowledging Jesus the man but they don’t acknowledge Christ as God here, God now in their own lives. Scripture tells us the Lord is no respecter of persons and he desires to do for anyone the same great works he does “elsewhere.” Yet, wherever faith wavers, God’s hands are tied: “[Jesus] could do no mighty work there, except that He laid His hands on a few sick people and healed them” (Mark 6:5).

Make no mistake: God’s power was readily available in Nazareth. Jesus stood in their midst, full of might and power, wanting to deliver, heal, revive and do mighty works. But, he declared, “I can’t work here.” Why? Because of their unbelief (see 6:6). Jesus was shocked at his own people, but he moved on.

The Lord chooses not to respond to unbelief. But the Lord is loving, full of mercy, and anxious to help you in your time of need. So just say to him, “Lord, I see what you have done in the lives of others so do it here also, not just elsewhere.”

The Lord is gracious and full of compassion, slow to anger and great in mercy. The Lord is good to all, and His tender mercies are over all His works” (145:8-9).

If asked if you are a merciful person, you would probably answer, “I think I am merciful. To the best of my ability, I sympathize with those who suffer. I try to help others and when people hurt me, I forgive them and don’t hold a grudge.”

All true Christians have a good measure of mercy for the lost and hurting, certainly, and that’s something to be thankful for. But the sad truth is, there are biases in our hearts running like deep rivers, and over the years they have carved out borders of prejudice.

From what Scripture says, we know that our Savior would never turn down the desperate cry of a prostitute, a homosexual, a drug addict or an alcoholic who has hit rock bottom. Christ’s mercies are unlimited: there is no end to them. Therefore, as his church — Christ’s representative body on the earth — we cannot cut off anyone who cries out for mercy and deliverance.

All over the world, God’s people are experiencing suffering, afflictions and torture more than ever in their lifetime. And there is a divine, eternal purpose in the intensity of these spiritual and physical battles now being endured in the true body of Christ. “His tender mercies over all His works.”

Jesus never established vengeful, hate-filled armies; he used no carnal weapons. Instead, he pulled down strongholds by his mighty lovingkindness. Our Lord has but one battle plan: tender, merciful love. Indeed, love drives all his works on earth. He is the full expression of God’s love: “Blessed be the God and Father of our Lord Jesus Christ, the Father of mercies and God of all comfort” (2 Corinthians 1:3).

The darker the days become, the more the world is going to need consolation, hope and love. People will need to see that others have been in the battle of their lives and were brought through. We need to be able to say, “I have proven the Christ I serve to be merciful and kind. He has loved me through everything, and his love and mercy can be yours, as well.”

No matter how hopeless things seem, he has tender mercies for you, to bring you through.

Pursuing the Wisdom of God

“The queen of the South will rise up in the judgment with this generation and condemn it, for she came from the ends of the earth to hear the wisdom of Solomon; and indeed a greater than Solomon is here” (Matthew 12:42).

The queen of Sheba was greatly troubled in her soul by all the big questions of life — about God, the future, death — and she longed for answers. Yet no amount of wealth, fame or counsel could answer her soul’s cries. And then she heard of King Solomon, the wisest man who ever lived.

“Now when the queen of Sheba heard of the fame of Solomon concerning the name of the Lord, she came to test him with hard questions … she spoke with him about all that was in her heart. So Solomon answered all her questions; there was nothing so difficult for the king that he could not explain it to her” (1 Kings 10:1).

Getting to Solomon was not an easy task for the queen, as she and her caravan traveled through a hot desert for up to seventy-five days to reach him — a long, difficult journey. Yet nothing could stop the queen from gaining an audience with Solomon. And she was not disappointed! Solomon answered her questions with awesome, illuminating truths.

Here in Matthew the Lord is saying to us, “If you profess to be a follower of mine, do you seek for wisdom as passionately as the queen sought Solomon’s wisdom? I am right here with you to answer all your questions and fulfill all your longings!”

The queen might say to us, “I saw and heard the wisdom of a man who lived in my time and his words changed my life. But the time came when I had to leave his presence. But not for you! You have One who lives in your midst who is infinitely greater than Solomon. You have access to all his wisdom, his righteousness and holiness.”

When was the last time you had an awe-inspiring experience with Jesus? When were you so enthralled by his peace-giving wisdom that it took your breath away? When did you last say, “Nothing I’ve been taught about Christ prepared me for this experience with him. He has solved my doubts and brought me utter joy”?

Christ wants to reveal himself to those who pursue him at any cost and hunger for God’s Word.

Your Position in Christ

In turn, Christ is in the Father, seated at his right hand. Therefore, if we’re in Christ, then we’re actually seated with Jesus in the throne room, where he is. That means we’re sitting in the presence of the Almighty. This is what Paul refers to when he says we’re made to “sit together in the heavenly places in Christ Jesus” (Ephesians 2:6).

The moment you place your trust in Christ, you’re taken into him by faith. God acknowledges you in his Son, seating you with him in the heavenlies. This is not merely some theological point, but a factual position. So now, as you surrender your will to the Lord’s, you are able to claim all the spiritual blessings that come with your position.

Of course, being “in Christ” doesn’t mean you leave this earth. You can’t manufacture some emotion or feel that takes you up into a literal heaven. No, heaven has come down to you. Christ the Son and God the Father came into your heart and made their abode there: “If anyone loves Me, he will keep My word; and My Father will love him, and We will come to him and make Our home with him” (John 14:23).

Leave your sins and worldly pursuits behind and “lay aside every fleshly weight that so easily besets you.” Go inside and take your position in Christ. He has called you to enter into the joy of your acceptance. So, when you wake up tomorrow, shout, “Hallelujah! I’m accepted by God and my heart abounds with thanksgiving and joy.” 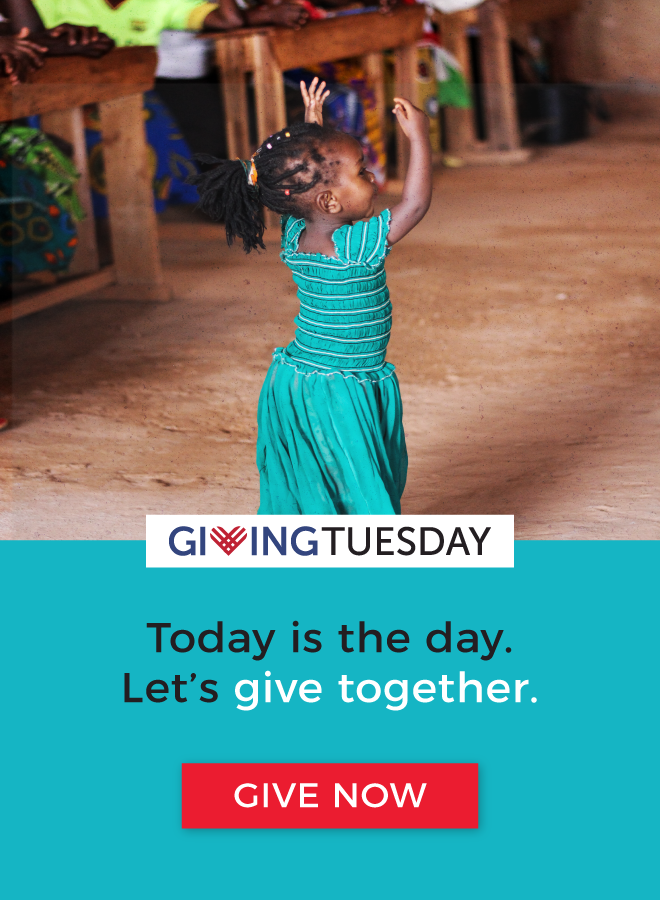