You have heard of the hound of heaven. This is the Spirit of God who tracks a man down and never quits on him. He never gives up until He finds him. What I want to talk about now is the hunter of hell, who hunts down the most precious children of God to seek and destroy them. That is the Devil himself.

At one time his name was Lucifer, and he was a chosen, powerful ruler with God. This Morning Star, as Isaiah called him, was a bright star in God's firmament, a mighty angel, highly arrayed and chosen. But he became lifted up with pride.

Whatever Happened to Joy

The Holy Spirit yearns to bring God's people back to serving the Lord with joy and gladness. How grieved heaven must be to witness the wet blanket of despair and sadness that has fallen upon multitudes of believers. The Word of God commands:

"Let the righteous be glad; let them rejoice before God; yea, let them exceedingly rejoice…"(Psalm 68:3).

The Crime of Unbelief

Unbelief grieves the heart of God more than any other sin committed on earth. He considers it a crime to doubt His word or to question His faithfulness. We Christians cry out against the sins of the flesh - homosexuality, alcoholism, drug abuse, adultery. We call them vile abominations, and they are! But God is mostly concerned about the sins of the heart. The real issues of life and death have to do with how a person thinks - with what goes on in his mind.

Jabbok! It may not have meant anything to you before now — but after you hear this message it should become one of the most important words in your spiritual vocabulary.

I Will Be Thy Mouth…

God met Moses at the burning bush and gave him a mandate to lead Israel out of bondage. He told His servant, "I have surely seen the affliction of my people in Egypt... I am come down to deliver them... I am sending you to Pharaoh... you will bring my people out of Egypt..." (Ex 3:7-10).

The following is a prophetic warning from Azusa Street 75 years ago, concerning the dangers of a Christless Pentecost!

Frank Bartleman was an eyewitness to the outpouring of the Holy Spirit in 1907 at Azusa Street, Los Angeles. He has been characterized as the Reporter of the Azusa Street Revival. Nearly 75 years ago, during the outpouring, he wrote a tract warning of a Christless Pentecost.

The Redeemer Is Coming to Zion

I bring you a prophetic word from the Lord. The Redeemer of Zion is about to appear in His glory, in our day, in His church!

"And the Redeemer shall come to Zion, and unto them that turn from transgression in Jacob, saith the Lord..." (Isaiah 59:20).

The vision of Isaiah the prophet is about to be fulfilled. God is about to move with vengeance toward all who have twisted the truth, and all who have turned to covetousness. Isaiah spoke to the conditions in the church of the last days:

Jeremiah was a thundering prophet of the Old Testament. Every word he preached was like a sword cutting into the flesh. He angered politicians and church leaders so much they threw him into prison.

God is doing a secret work in our day. He is raising up a hungry people who are growing more and more dissatisfied with the fleshly, worldly system as it now exists — even in the church.

The days of the Gentiles are almost over. God has given us plenty of warning that the Spirit will not forever strive with the rebellious. But before this generation comes under the retribution of almighty God - a great restoration is prophesied. 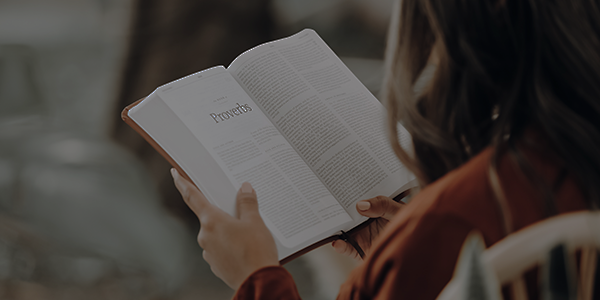 Receive the newsletter via email

Receive the newsletter via mail

Over 30 years of newsletters from our founder David Wilkerson.
View newsletters